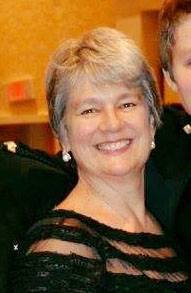 I am delighted to introduce myself as President of the St. Andrew’s Society of Toronto and I look forward to working with the rest of the Board to raise funds for our charitable work and to organize Scottish social and cultural events for our membership.

Some of you will know me from having served on the Board for the past three years as Hon. Treasurer (Big shout-out to Graham Desson for his mentorship and assistance in that endeavour!) upon my retirement from my busy and active midwifery practice.

I have attended the St. Andrew’s Ball, together with my husband, Kevin Little, for about the last 30 years, with about a 10-year hiatus while we were raising our three young children and we were both busy with highly demanding careers.

My maternal grandfather was a Catto (Chattan, MacIntosh) and I am proud to claim kinship with two past presidents of the St. Andrew’s Society, my dear cousins the late John and Margaret Catto.

In related matters, I have recruited several members of my family into the service of St. Andrew’s. My husband is serving as the Chair of the Investments Committee. One of our daughters, Rachel, is serving as the Editor of the newsletter and our other daughter, Alexandra, assisted by running our social media platforms for a while. Kevin and I also have a son, who is living in Ottawa.
[hr2] 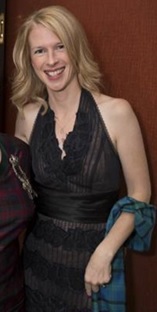 I am originally from Inverness in Scotland. I trained as a Primary Teacher in Aberdeen and taught in Carrbridge and Inverness for 13 years before coming here
on a teaching exchange in 2004. During that year I met my ‘Sassenach’ future husband and the rest is history! We have two daughters aged 10 and 8. When I
moved back to Toronto, after we got married in Scotland, I felt quite homesick. My husband, Richard, looked on the internet for ‘Scottish things to do in Toronto’ and
we found the St. Andrew’s Charity Ball! It was a truly wonderful evening and I soon found myself on the Ball committee then as Co-Chair!

My love of and interest in Canada started quite young as my maternal Grandmother was brought up in Virden, Manitoba, having been born in England. She was a nurse on Vancouver Island before moving back to London when she was in her early twenties. There she met my Grandfather who was visiting from the Isle of Skye.
They brought up their family of five in the Black Isle, north of Inverness. I have an Auntie and Uncle and cousins in Winnipeg and cousins in Toronto and Vancouver. I
also had a great Aunt on my Dad’s side who emigrated to Winnipeg back in the early 1900’s. Her name was also Catherine Matheson!

I feel very honoured to be Vice President and I’m looking forward to working with Ann and the rest of the committee in providing you with great Scottish/Canadian
events throughout the year and raising money for local charities in the GTA. 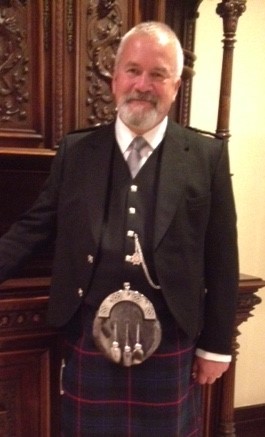 John Sawyer was voted in as Second Vice President of the St. Andrew’s Society of Toronto at the AGM in February 2020.

John has been on the Board of the Society since 2017, most recently as Chair of the Membership Committee. Believing that membership is necessary to ensure the sustainability of the Society, he will continue his efforts with the Board in attracting new members and retaining existing members.

With his wife Pearl, John has attended the St. Andrew’s Charity Ball for the past 15 years. The Ball, with all its pageantry, tradition and great company been an important and cherished part of every November. His Scottish roots go back to a great-grandparent who settled in Toronto early in the last century, whereas Pearl’s Scottish forebears were among the first to settle in P.E.I. in the 1700’s.

John retired four years ago from the Ontario Public Service where he had managed development of public policy for housing and homelessness. John has extensive experience in both in the public and private sectors. A former CMHC employee, he led the development of NHA Mortgage-Backed Securities for CMHC and went on to help create the MBS market. Before leaving the crown corporation, he was responsible for insurance marketing, business development and communications. As Director of Marketing for the Chicago Title Insurance Company, he was one of the pioneers in the launch of title insurance in Canada. Before joining the Ministry, John had a successful consulting practice in process engineering, change management and communications. 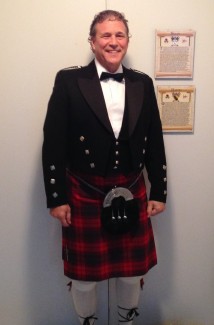 Bill Sayers is a recent member to The St Andrews Society of Toronto.

Born in Edmonton in 1957 to an Irish father and a Scottish mother. Bill’s great, great, grandfather Archibald Hall came from Jedborough, Scotland to Galt, Ontario in 1827. George Hall was their only son. He was a lay minister in the Presbyterian Church and died reading scripture in a church service in April 1887 in Galt. From Galt some of the Hall clan moved to Neepawa Manitoba. Bill’s Grandfather was born there. He married Elizabeth McNab and Bill’s mother was born in Neepawa. During the depression Wilbur Hall moved to Gull Lake, Saskatchewan and ran the local dairy until his retirement. Bill’s mother grew up in Gull Lake.

Bill graduated from University of Western Ontario in 1979 with a BA in Political Science. Upon graduation he moved back to Toronto. (He grew up in Etobicoke) He has lived in Toronto since then. Bill remarried to Joy in 2014 and has four children. The family has a cottage on Georgian Bay and spends as much time as they can there, from the time the ice is out and before the ice returns!

Bill’s father was always proud of his family heritage both Irish and Scottish. He traced the family roots back to the early 1800’s and made sure each of his children had copies of the family tree. As a United Church minister the family grew up with celebrations of Robert Burns and the pipes and drums were part of a few church services each year.

For the past 12 years Bill has run his own sales consulting practice. His work takes him across Canada and into the USA and Europe.

Many characters played by Canadian film star Mike Myers were inspired by his Scottish heritage. These include Shrek and a morbidly obese henchman in Auston Powers. His popular Saturday Night Live skit featured a shopkeeper who taught us all the phrase, ‘If it’s not Scottish, it’s crap.’ Myers was born and raised in the Toronto suburbs of Scarborough & North York.