The St. Andrew’s Society is pleased to support musicians in Canada and Scotland. You can see performances from these artists through our social media and at our events. 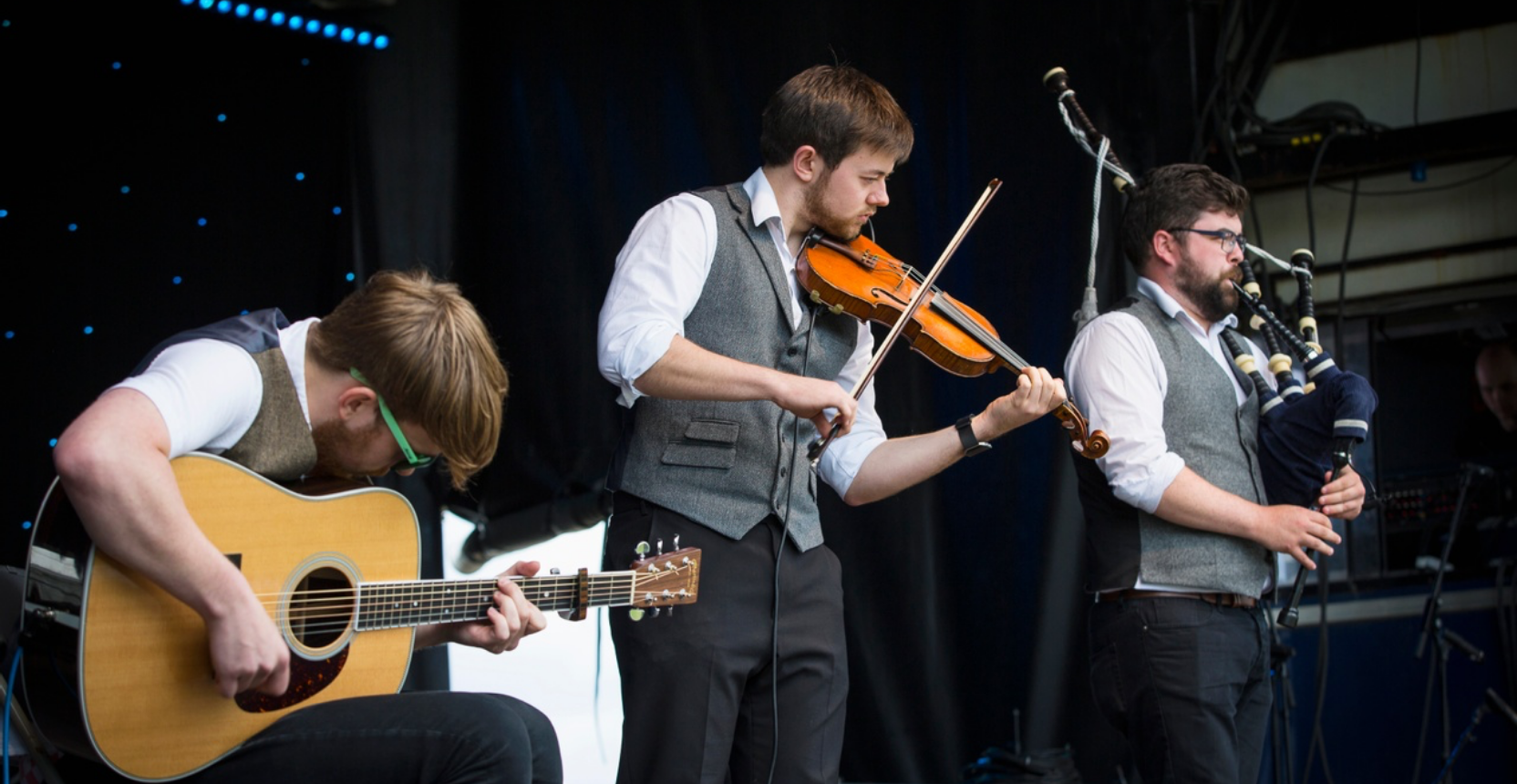 The Fitzgeralds are a family group consisting of three siblings – Tom, Kerry & Julie. Currently based out of Toronto, the trio originally hail from Bancroft, Ontario. They have toured extensively in Canada, the United States and Europe while remaining true to their small-town roots. The Fitzgeralds unique style has been inspired by the musical traditions brought to Canada by Scottish, Irish and French immigrants.

Iona Fyfe is one of Scotland’s finest young ballad singers. Her style is deeply rooted in the singing traditions of Aberdeenshire in the northeast corner of the country. Iona studied at the prestigious Royal Conservatoire of Scotland and graduated with a first-class honours degree in Traditional Music. In 2018, she won the Scots Singer of the Year at the MG ALBA Scots Trad Music Awards.

Old Man Flanagan’s Ghost have been bringing a taste of Celtic music to Toronto audiences for years. The energetic folk band are inspired by artists like Great Big Sea, The Pogues and The Dubliners. Imagine the smell of the sea, cold pints of beer, packed dance floors and boisterous friends sharing a laugh. That is the essence of OMFG!

Rory McDonell began to play the bagpipes at the age of 12. He went on to become a North American Champion and a World Silver medalist as part of the MacDonald Caledonia Pipe Band. The native of Hamilton, Ontario is seen here playing in front of Glasgow Cathedral.

The music of the Steel City Rovers is a composite of traditional Celtic and North American styles like bluegrass, folk and roots. Based in Hamilton, the band has toured all over Canada and the United States. Their original works touch on issues of love, loss, celebration and heritage.

The Toronto Fire Pipes & Drums excel in musical performance, dress and deportment. Their mission is to promote esprit de corp within the Toronto Fire Services and to be a public relations ambassador.

Broughty Castle was erected in 1490 by the 2nd Lord Gray in response to increased English naval activity. It was taken without a shot fired by the English in 1547 and reclaimed by the Scots two and a half years later. The castle fell back into English hands in 1651.  In 1860 the threat of French invasion prompted Broughty’s conversion from a ruin to a modern artillery defence. The castle now houses a museum run by Leisure and Culture Dundee.