The St. Andrew’s Society of Toronto was founded in 1836 to help people in need.  The city had only 10,000 citizens at the time but it was growing quickly. While many immigrants found success in their new home, others struggled to find their footing and fell into lives of despair.

Toronto’s social infrastructure was undeveloped in 1830s so it often fell to cultural groups to look after their own. Members of the city’s Scottish community came together to form the St. Andrew’s Society. The goal was to assist their compatriots who had fallen on hard times with a focus on those who were newly arrived. 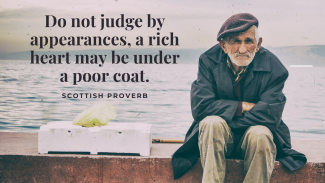 Society members focused on finding their fellow Scots food, shelter and employment. Events like the St. Andrew’s Charity Ball were held over the course of the year. These social activities allowed members of the city’s Scottish community to raise funds while also supporting their culture.

There are now two entities under the St. Andrew’s banner, the Society and the Charitable Foundation. The Foundation works to mitigate the risks associated with poverty through grants to local charities. It has expanded its good works to help all those in need, regardless of country of origin. Over $1 million has been donated in the past 15 years to groups in the Greater Toronto Area. The supported organizations are smaller operations that don’t receive the same exposure as larger charities. They are deeply appreciative of the funding as even small amounts make a major impact in their efforts. Those wishing to make a tax deductible donation to the Charitable Foundation may do so here. 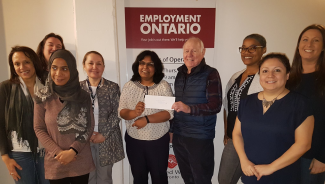 Grant applications are reviewed by a committee consisting of board members from the St. Andrew’s Society and other volunteers. The focus in 2021 and 2022 was on helping those on the front lines of the Covid-19 pandemic. In total, $90,000 in grants were awarded through a combination of funds from the Charitable Foundation ($50,000) and the Hendrie Trust ($40,000).

Funding applications for 2023 will be accepted from October 4 until December 9, 2022. Click here for more information on how to apply. The following charities received financial assistance in 2022.

The Callanish Stones are an arrangement of standing stones placed in a cruciform pattern with a central stone circle. They were erected 5,000 years ago in the late Neolithic era, and were a focus for ritual activity for at least 2,000 years. They are near the village of Callanish on the west coast of Lewis in the Outer Hebrides.