The St. Andrew’s Society hosted a Learn to Curl Social on Saturday, December 3 at the High Park Club. This was done in partnership with the St. Patrick’s Parade Society which promotes Irish culture in the city.

One of the mandates for both societies is to provide a welcoming environment for new immigrants. We were extremely pleased to learn that there were many recent arrivals from Scotland and Ireland among the ticket purchasers. The Scots in particular were keen to learn a game that was born in their homeland and beloved in Canada. 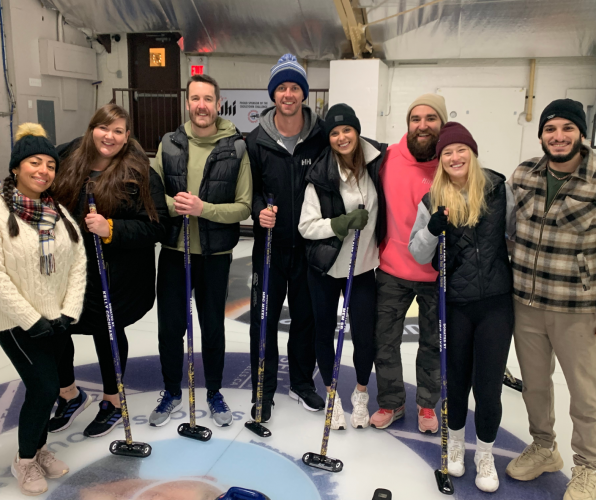 Every curling social so far has sold out and this effort was no exception. The registration area was filled with a mix of Society members and new faces. After a brief tutorial from the club’s instructors, a mix of generations broke into teams to try their hand at throwing, sweeping and sliding. Progress was slow but steady as spinouts and misfires were replaced by a growing confidence. Tips were offered and form corrected as the instructors made their rounds from group-to-group. 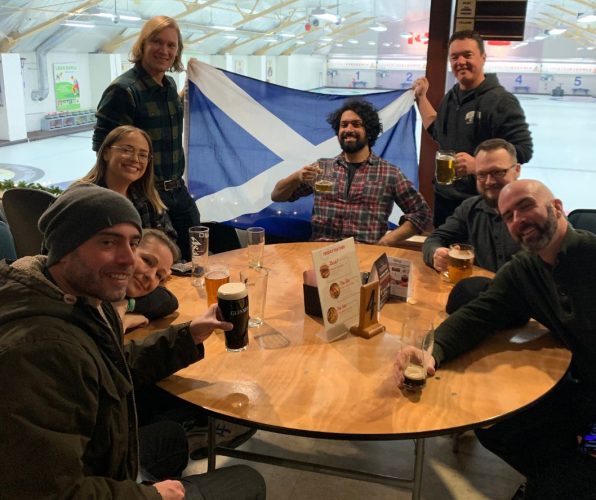 A steady stream of laughter supported an afternoon well spent. After the session concluded, new friendships were cemented over drinks in the post event social. Many commented on the sport being much more challenging than they anticipated but looked forward to building on their new-found skills. A great day overall!

The next Learn to Curl Social will be back at the High Park Club on Saturday, February 25 (1:30-4:00pm). Tickets for this event are on sale now via Eventbrite.

Kirkpatrick Macmillan was a Scottish blacksmith. He is with credited with inventing the first pedal driven bicycle around 1839.