Neil Armstrong became the first human to walk on the moon on this date in 1969. As TV audiences around the world watched in amazement, he stepped out of the lunar module and uttered those famous words, “That’s one small step for man, one giant leap for mankind.”

A small town in the south of Scotland beamed with pride as the American astronaut made history. Langholm was colloquially known as the ‘Muckle Toon’ for its growing population and bustling mills. For generations, it had also been the traditional seat of Clan Armstrong.

NASA’s most famous employee accepted an invite to visit the home of his ancestors in March of 1972. Throngs of admirers looked on as the ‘Moon Man’ toured the streets in a horse drawn carriage. Laughter filled the air as an obscure 400-year-old law was read aloud during the welcome ceremony. It stated that any Armstrong entering the town was to be hanged, by order of the king. The law was a remnant of King James VI’s attempts to decrease violence along the border between England and Scotland. The Armstrongs were well-known raiders and the king wanted them eradicated. 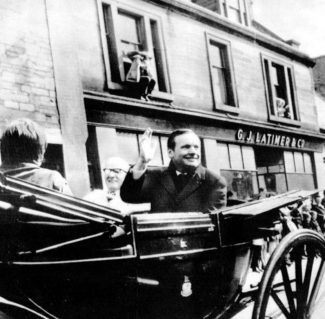 The days of an Armstrong being an unwanted visitor were long forgotten as one of the world’s most famous people received a hero’s welcome. Marching bands led the procession with a special pipe tune written: Commander Neil Armstrong’s Moonstep. A unique Lunar Tartan was also created for the occasion. A subtle blend of charcoals, browns and light greys represented the lunar surface. The red running throughout recognized the flames of the rocket that shot Armstrong into space. 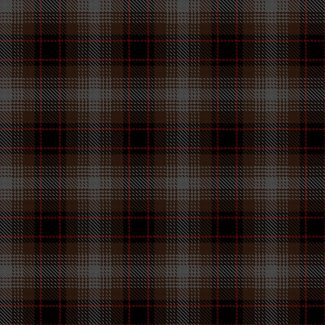 Armstrong was made Langholm’s first Freeman after taking an oath of allegiance. Deeply moved by the gesture, he shared in an emotional speech that, “It is said that the most difficult place to be recognized is one’s home town; and I now consider this my home town”.

The day’s events were reported around the world. Much of the coverage focused on Armstrong’s sincerity and eagerness to learn about his roots. The Scottish tourism board later reported that the publicity drew thousands of visitors looking to trace their family connections. One more achievement from the man who literally went where no one had been before. Even King James VI would have been impressed! 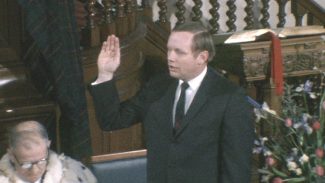 Scottish bacteriologist Alexander Fleming discovered penicillin in 1928. The discovery started the antibiotic revolution and enabled physicians to treat many severe and life-threatening illnesses. Fleming was awarded a share of the 1945 Nobel Prize for Physiology or Medicine.