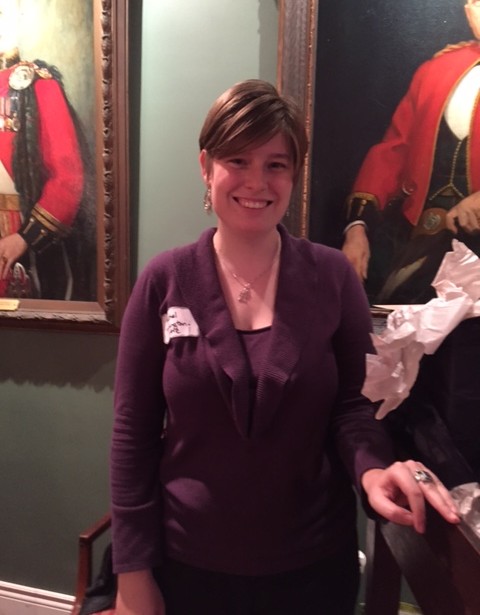 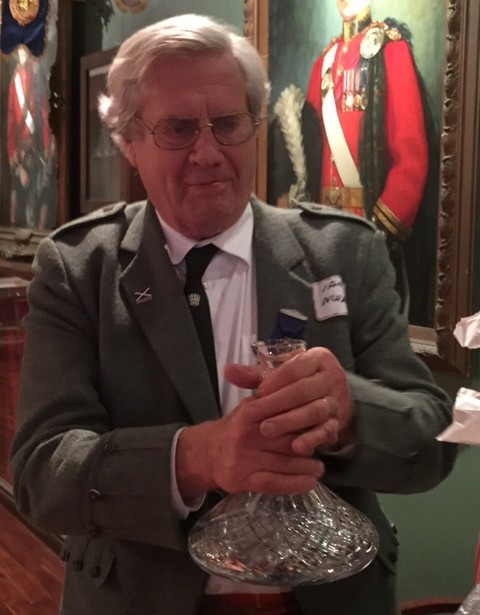 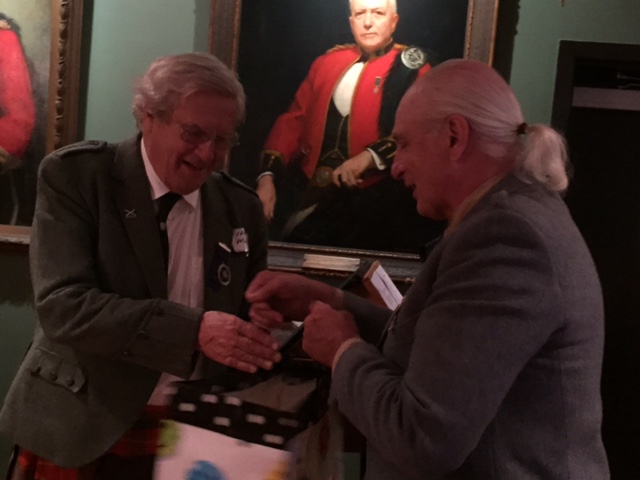 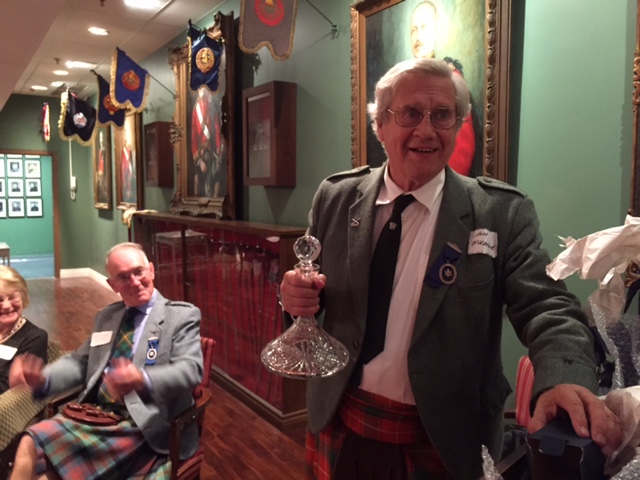 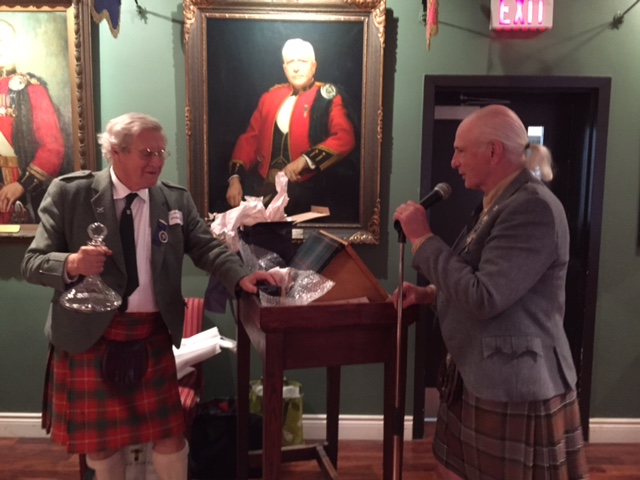 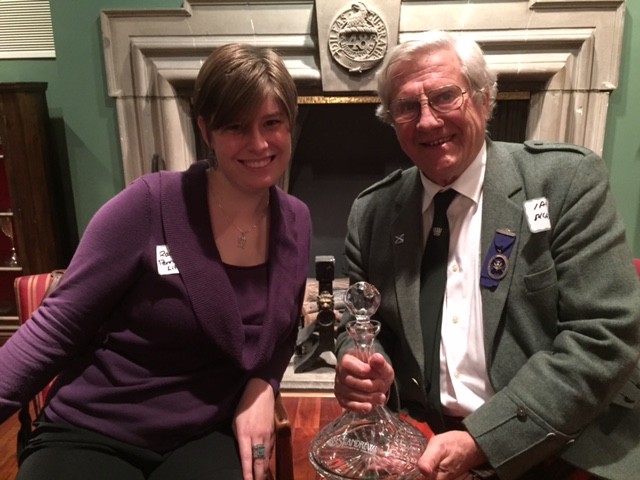 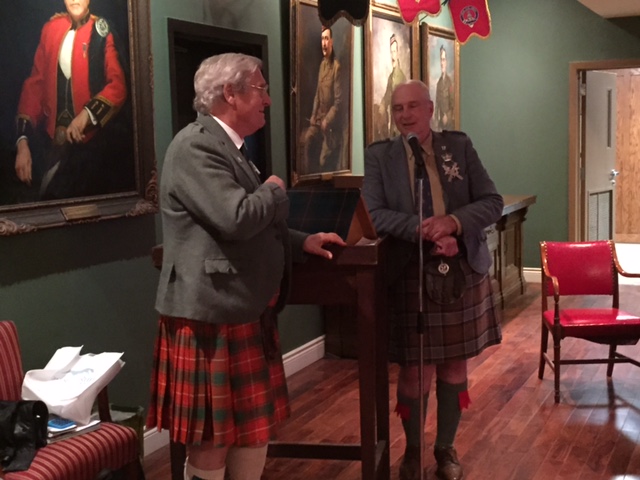 Presenting Douglas Gibson, a cheque to Dixon Hall, and a token of appreciation to Ian McHaffie on October 15, 2015. More information here.

‘It’s a Long Way to the Top’ is the only AC/DC song to feature the bagpipes. Lead singer Bon Scott saluted his Scottish heritage by playing the pipes on the track despite having limited experience. Scott and fellow band members, Malcolm and Angus Young, spent their early childhoods in Scotland before their families moved to Australia. Scott passed away in 1980 but is not forgotten. His hometown runs a music festival called Bonfest and erected a statue in his honour.