Today marks 45 years since the death of one of the most significant cultural icons of the 20th century. Elvis Aaron Presley was an American singer and actor of Scottish ancestry. His fame reached such incredible levels that he is still referred to as the ‘King of Rock and Roll’ or simply ‘The King’. 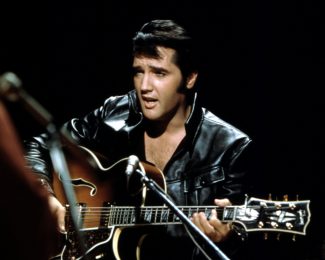 Elvis’ Scottish ancestry can be traced to Andrew Presley who married Elsbeth Leg on August 27, 1713 at the Lonmay Church in Aberdeenshire. It was Andrew’s son, also called Andrew, who left Scotland in 1745 during the Jacobite Rebellion. After making his way across the Atlantic, Andrew settled in South Carolina and worked as a blacksmith. Many generations later, Elvis Aaron Presley was born in a shack in Tupelo, Mississippi in 1935.

Elvis briefly returned to the land of his forefathers on March 3, 1960. The King was serving in the American military when his flight home from Germany stopped at Prestwick Airport to refuel. Although he was there for less than two hours, word got out and he was mobbed by Scottish fans. 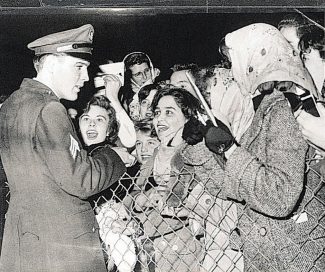 The King’s Scottish roots have inspired the Presley of Lonmay and Presley of Memphis tartans. The latter was created by a Presley tribute artist named Robert Ainsley from Port Seton, Scotland. Ainsley based his design on the ‘America’ tartan created by J. Cumming. The adaptation featured Elvis’ favourite colour of pink while retaining the colours of the American flag.  The white thread count of 42 represented the King’s age when he died. The narrow white is eight threads which represents the day of the month in which Elvis was born (January 8, 1935). The eight blue threads represents the month of the year in which he died (August 16, 1977). The gold band recognizes the incredible number of gold records awarded to Elvis and his estate. 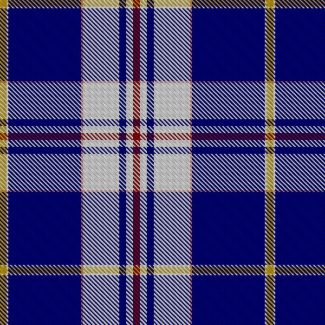 A gold record was awarded by the the Recording Industry Association of America (RIAA) for a single or album that has sold at least 500,000 copies. Elvis only collected 28 RIAA Gold Records during his career from 1956 to 1977. Neither he nor his manager (Colonel Parker) showed any enthusiasm for the awards while he was alive. But since his death, another 150 of his records have been certified. Working with the vast personal files of Colonel Parker, the RIAA certified and awarded 110 Gold and Platinum Record Awards to the Presley estate in 1992. Since then, more than 150 RIAA Awards have been added to the list. It is estimated that more than one billion Elvis Presley records have been sold worldwide. 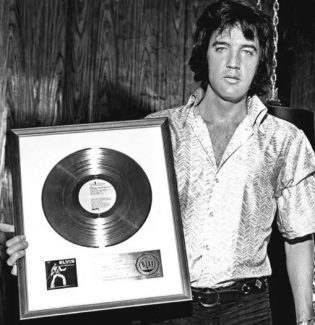 William Wallace is remembered as one of Scotland’s greatest heroes. Statues honouring him stand across the land including this one in Aberdeen. Wallace served as Guardian of Scotland during the struggle to free the country from English rule. He was eventually captured in August of 1305 and handed over to King Edward I of England for execution.