Argentina defeated France in a thrilling penalty shootout today to win their third World Cup title. The South American nation has long been considered among the sport’s elite powers. An interesting fact is that a Scotsman is widely regarded as “The Father of Argentine Football.”

Alexander Watson Hutton was born in the Gorbals of Glasgow on June 10, 1853. He would later graduate from the University of Edinburgh where he had studied philosophy. In 1882, the Glaswegian boarded a ship in search of adventure and opportunity. Like thousands of other European immigrants, he crossed the Atlantic and made Argentina his new home. Although the majority of the country’s newcomers came from Italy and Spain, the British population was estimated at 45,000 in 1890.

The British were key in the development of businesses, hospitals, newspapers and English-language educational institutions. Watson Hutton joined these efforts when founded the Buenos Aires English High School (BAEHS) in 1882. Physical education was a key pillar of the curriculum at the bilingual institution. The Scotsman was a keen sportsman and believed that athletics were of fundamental importance in education. 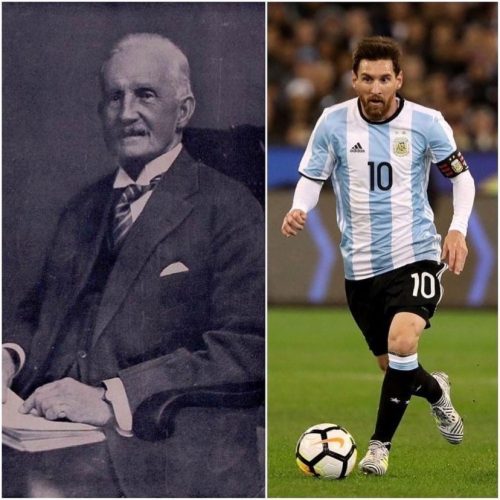 Watson Hutton helped establish the Argentine Association Football League (AAFL) in 1893. , He created a team for former BAEHS students in October of 1898 and entered it into the league. When school names were banned from simultaneously acting as team names – considered to be a form of advertising – the team officially became Alumni Athletic Club in 1901. Alumni dominated the first decade of the Argentine game, winning 10 of the first 12 league titles of the 20th century.

Argentina embraced the game and developed a free-flowing style that was uniquely their own. Alexander Watson Hutton died in 1936 and was buried in the British Cemetery in Buenos Aires. The sport he loved would serve as a common element for people from all classes and backgrounds of Argentine society. The ultimate tribute to the teacher from Glasgow.

Edinburgh Castle stands on Castle Rock, which has been occupied by humans since at least the Iron Age. There has been a royal castle on the rock since at least the reign of David I in the 12th century. As one of the most important strongholds in the Kingdom of Scotland, Edinburgh Castle was involved in many historical conflicts from the Wars of Scottish Independence in the 14th century to the Jacobite rising of 1745.