Bill ‘The Mad Piper’ Millin inspired Allied troops as they stormed ashore during the D-Day invasion. Carrying no weapon other than a ceremonial dagger in his stocking, Millin fearlessly played the bagpipes as those around him fell. A statue in Normandy commemorates his incredible bravery that day.

Millin was born in Regina, Saskatchewan on July 14, 1922. His father had immigrated to the prairie province but moved the family back to Scotland when Bill was a child. Millin grew up in Glasgow and began learning the bagpipes at age 12. When he was 17, he joined the Territorial Army and played in the pipe bands of the Highland Light Infantry and the Queen’s Own Cameron Highlanders. 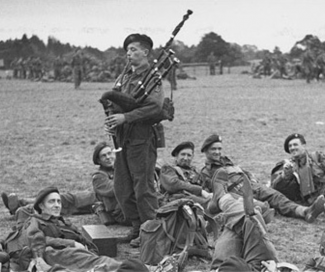 Millin volunteered for commando duty during the Second World War. While undergoing training, he was appointed as the personal piper to the officer in control of the 1st Special Service Brigade, Brigadier Simon Fraser. The men had a strong Scottish connection with Fraser being the 15th Lord Lovat as well as the heredity chief of Clan Fraser.

Pipers had traditionally marched back and forth across the battlefield to encourage soldiers. This changed during the First World War when opposing forces began targeting pipers in order to demoralize enemy combatants. The British Army subsequently banned pipers from the front lines due to their high casualty rate.

Lord Lovat had earned a reputation as an eccentric but brilliant military commander. Despite knowing about the front-line ban, Lovat asked the 21-year old Millin to pipe the men ashore on D-Day. When Private Millin cited the regulations, Lovat replied: “Ah, but that’s the English War Office. You and I are both Scottish, and that doesn’t apply.”

The largest seaborne invasion in military history began on June 6, 1944. The landing force was assembled along the southern coast of England in preparation for the nearly one-hundred mile journey across the English Channel to France. D-Day was the start of Allied operations which would ultimately defeat Nazi Germany and liberate Western Europe.

Millin began playing as thousands of Allied ships made their way to five beachheads in Normandy. His music was relayed over a loudhailer so that troops on other transports could hear it. Soldiers cheered and vessels tooted their horns in appreciation.

The beach landings were a daunting task. Turbulent seas had given many soldiers (including Millin) seasickness on their way over. Vessels had to negotiate underwater obstacles on their way to shores defended by well entrenched German forces. It was anticipated that British, Canadian and U.S. forces would all sustain heavy casualties. 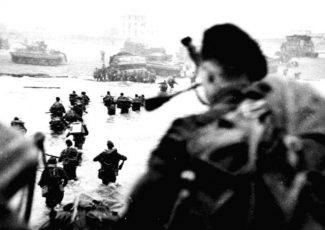 Millin was the only bagpiper and the only kilted soldier among the Allied forces. He went into battle wearing the same Clan Cameron kilt his father had worn while fighting in World War One. It would spread out around him as he jumped into the freezing cold water upon arrival. Immediately after disembarking, the man next him was killed after being shot in the face. As he lurched towards the sand, Lord Lovat called out for him to play ‘Highland Laddie’. Although still waist deep in water, Millin complied as he marched through surf littered with the dead. Upon reaching the beach, Lord Lovat promptly told him to pipe the rest of the commandos ashore with ‘The Road to the Isles’.

The air was thick with smoke and the lamentations of the wounded. Millin continued to play up and down the beach as his music rose above the mortar blasts and gunfire. His actions unquestionably lifted the spirits of the men as they shouted words of encouragement. One sergeant was less than impressed as he screamed, “Get down, you mad bugger! You’re attracting attention to us.” At that moment, Millin became known as ‘The Mad Piper’.

Soldiers followed Millin deeper into enemy territory after the beach had been taken. They passed over two bridges as they advanced. The first (Pegasus Bridge) was ringing as shrapnel rained upon its metal sides. The second had railings which allowed bullets to whistle through at them. Millin remembered it as being ‘the longest bridge I ever piped across’.

Lord Lovat and Millin would recall the day’s events in a television interview on the 50th anniversary of D-Day. It was shared that that bagpipes may have in fact saved Millin’s life. Captured German snipers revealed they did not shoot at him because they believed he’d gone mad!

The pipes might may have spared Millin but they didn’t shield him from the horror of the day. He would later recount that, ‘Wounded men were shocked to see me. They had been expecting to see a doctor or some kind of medical help. Instead, they saw me in my kilt, playing the bagpipes…I felt so helpless. I will see their faces till the day I die’.

Millin would live until age 88 before passing in hospital on August 17, 2010. His D-Day pipes are on display at the Dawlish Museum along with his kilt, dirk and commando beret. Through the efforts of his son, John Millin, and the Dawlish Royal British Legion, a bronze life-size statue of The Mad Piper was unveiled in 2013 at Colleville-Montgomery, near Sword, in France. A fitting tribute to a legendary figure. 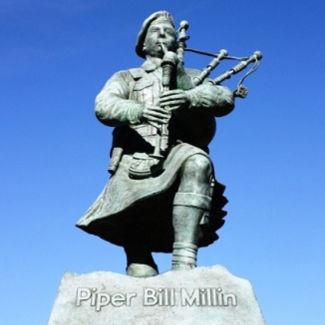 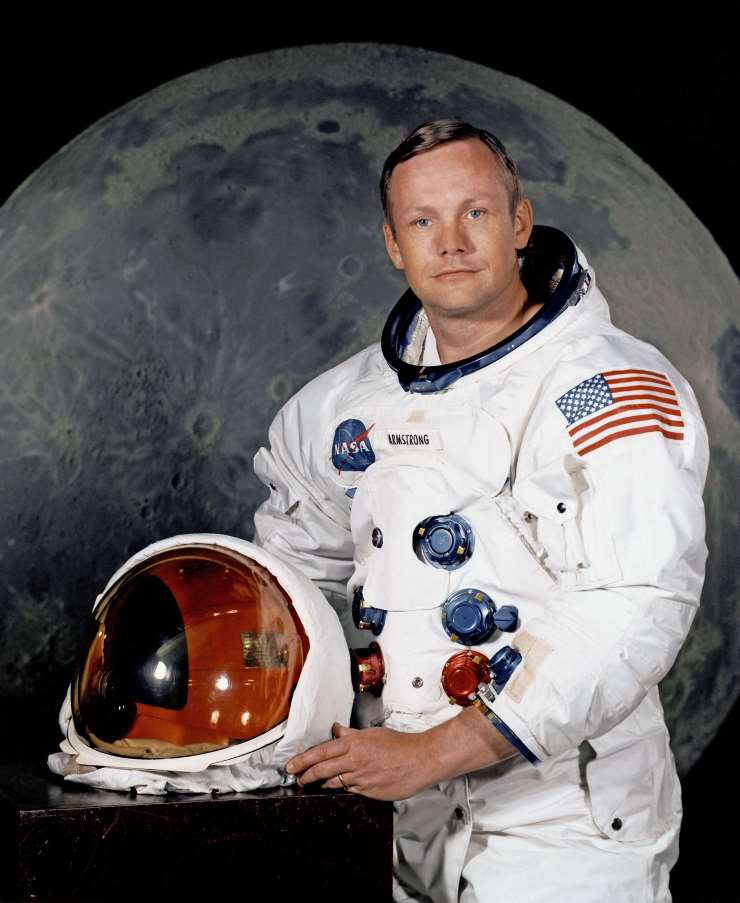 James Naismith invented basketball in 1891. The Canadian son of Scottish immigrants wanted to create a game that could be played indoors during the winter.